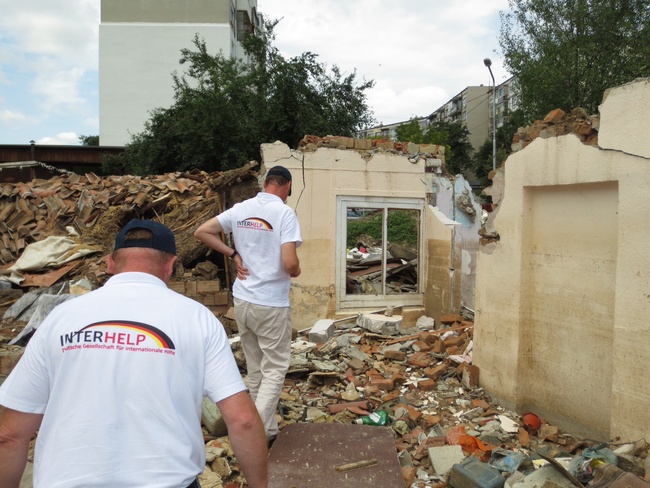 This will make you think.

Not from my observations they aren’t.

This is a subject that has infuriated me for many years and no doubt will continue to do so as no one seems to care nor bother to investigate as to where and how their donations get distributed.

I lived in a country where there are many NGO organizations and now once again live in another emerging third world country, so over the years have studied and observed them closely.

All of what I am talking about I have seen and witnessed.

Are you aware that of your donated money anything from 70% to 95% is used in administration costs to run the particular organization?

I can buy that administration costs are needed but the percentage does not gel with me.

No it is not some of the reasons are.

It is from the high cost of living and salaries demanded from those that join and work in the organizations from the western world? From my observation Yes.
They are housed in homes that they would never be able to afford in their own countries.
The homes are furnished with seriously top of the range furniture.
3 or 4 domestic servants, plus security and a driver.
4 x 4 vehicles to drive around tarred city roads! The only off road driving those 4×4’s are used for is when they take their regular 3 to 4 weekend days to game reserves and beautiful beaches.
Their children go to the most expensive private schools. I can to a degree accept private schools as most countries they go to normally the schooling is not in their children’s native language but still not necessary to go to the most expensive.
As a family they are paid for to visit their country of residence twice annually, an expense account to die for and on and on I can go.
Let’s take the 4 x 4 to drive around the tarred city streets this then gets plenty of off road use for them and their families to take long weekends and holidays on top of their bi annual returns to their own countries.

Furnishings chosen by what they desire and don’t seem to care about cost. Most NGO’s when there is a change of staff have auctions selling the furniture. Are they fussed what price is received no. The next lot arrive and now new all over again. Yes they will use what funds were received from the sale of the furniture but obviously it doesn’t meet the new bill. Who cares it is just hard earned donated cash.

Now a house is rented for them at what prices unbelievable. Inevitably the color of the bathroom tiles or whatever is not liked. No problem the whole house gets revamped at whose expense of course your money again.

High expense accounts to entertain who I ask?

I can go on and on but now let’s turn to time for them to work when they have time in between touring the country, neighboring countries and returning to their own countries. 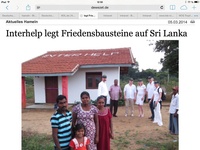 Well now they must show that they are doing some good so they sit in their air-conditioned offices and say hmm what a good idea if we give a village say an electric block making machine and they can become self sufficient.

Ok so now the day dawns and along they come with the fancy machine and big pomp and ceremony and of course those sickly little smiles on their faces “aren’t we marvelous at what we are doing for Africa?”

Ok now off they go having left the machine and a sigh of relief one more African village will be self-supporting.

Ha Ha in their planning they didn’t reckon that this particular village has no electricity, that even if it did the villagers couldn’t afford to buy the cement to make the blocks, that nobody knows how to work the machine, that there is nowhere to sell the blocks as the villagers themselves are too poor to afford them and the distance to where they possibly could sell them is too great and further no one in the village has transport.

So what happens these spend thrifts have long gone back to the city and driving their 4 x4 on tarred roads.

The villagers ogle and dust the machine for a few months and then it is forgotten. Kids take over use it as a jungle gym, others cut piping here and there off the machine, and screws disappear. Is this how you visualize your hard earned donated money being used?

Let one give them a good project with local knowledge that will work forget it they are not interested as it entails some work on their part?

The following I have firsthand knowledge of what transpired.

Ok now huge floods have occurred and people need houses and again you the man in the street are appealed to donate for this cause. So now the building process starts and supplies are needed. Do these high paid earners get off their chairs no. They employ coordinators locally and pay them a “fantastic salary” all of USD 300 per month to organize the selecting of the land, the building of the houses etc. come on they themselves spend that in a day yet expect someone with high responsibility to live on it for a month.

Supplies arrive and go, arrive and go but never to the building site. Not once not twice but many times I reported what was transpiring and the feedback given to me was that I was considered by the head NGO “an interfering person” Your well meant hard earned donated money built not 100 low cost houses but some very palatial homes and many other normal homes!

The question of feeding the hungry with sacks of rice etc. arrive with big stamps clearly visible across them “Not for resale” Well go to any downtown marketplace and there they all are well displayed for anyone to purchase, the same with mosquito nets and blankets.

One tackles these highflying NGO’s and they say, “Well you know Africa and corruption”

I ask myself then what are these people doing other than holidaying, eating in the best restaurants, living in the best houses etc. Are they not employed to control this sort of thing?

If not surely it would cut down administrative costs hugely if the man in the street started demanding that local heads were employed given a livable wage and even if there were a bit of corruption your hard earned money would go far further.

Please don’t get me wrong there are some genuine NGO’s around but they are very much in the minority.

Obviously I can’t name these organizations as they may try to sue me for liable which would be nonsense but armed with your heavy donations for legal costs they could sad to say win.

In my long life of third world country living I have found only 1 Organization that is honest and takes almost zero of one’s donated funds for administration costs and that is Interhelp in Hamlin Germany.

They do many projects in emergencies and what is even more amazing is that from day one of a disaster they have on the plane qualified doctors who fly to the devastated areas, live in awful conditions and don’t even request a salary for their time and inconvenience.

The Philippines where I am at the moment had a devastating typhoon named Yolanda in November 2013. 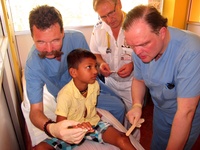 A gentleman whom I was asked to help was visiting the Philippines and he was referred to me to help him with setting up for Interhelp from a medical assistance view point to come into the Philippines and for him to go to the disaster areas to see what could be done to help.

Now in this type of situation what were the critical priorities needed urgently? They were medical, food and shelter.

Within 10 days the Interhelp medical team was flying in and he himself was on his way by road with local volunteers to the disaster area. These volunteers were not out of work workers, they were folks from professional walks of life.

His first trip was to the largest City of the disaster area to see what could be done and hoping that he would find NGO’s there that could guide him to what was needed.

Ha, ha when he arrived what were the organizations and many from the same ones as I have mentioned above doing? They were busy getting their brand new 4×4’s in, putting up fences around their areas and bringing in prefabricated houses for themselves. They had loads of food coming in but not distributing as they “were trying to identify” who needed food. This was ridiculous as everybody but everybody had lost all their food including the grocery stores.

When this gentleman told these organizations that he had come through remote areas where people had nothing but nothing he was told we will have to have meetings to decide where to go. Really when people were dying I ask you. He further went on to say that there were many people that urgently needed medical attention and he was told that they must get to the city where they would help them. Ridiculous when in the smaller towns cars trucks etc were destroyed so how could these people get there but the NGO’s had 4×4 vehicles that could get to these areas and back within a day and be able to give medical assistance and food.

He then decided to select some of the more remote area’s to help and each week he was backwards and forwards hiring trucks for delivering food building supplies etc. Medical supplies were not needed as the team from Interhelp had brought in all supplies.

He then went on with rehabilitating homes once he had distributed the donated food, putting up new roofs, bringing in seeds for the people to have their own gardens to provide food.

He and his teams slept wherever they could find shelter, at times even sleeping in the trucks and cooking over fires.

I have attached some photographs where you will see everyone tucked in and got going. From what I have heard the fancy Ngo’s are still sitting pretty in the main city and have almost done little else and hard earned donated funds go to them!!!!! Shocking.

All I can say is a huge thank you to Interhelp, Hamlin, Germany for guarding those hard earned donations from huge administration costs and getting them right into centre of where it is needed and off course to those that all gave their time voluntarily to help.

It makes you think doesn’t it?

Reading From my Blog has this shocked you on how much goes into Administrative Costs with very little reaching those that need it?